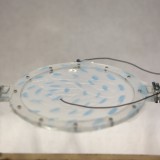 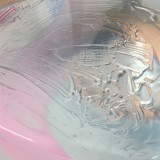 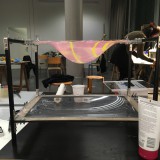 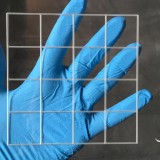 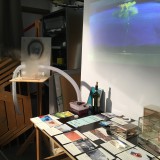 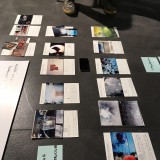 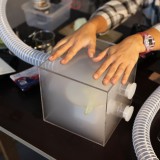 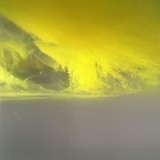 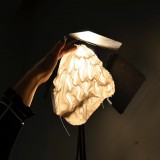 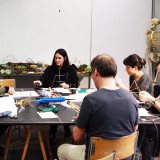 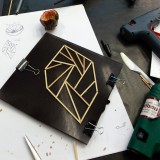 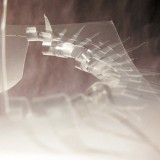 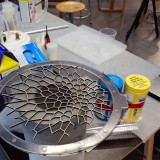 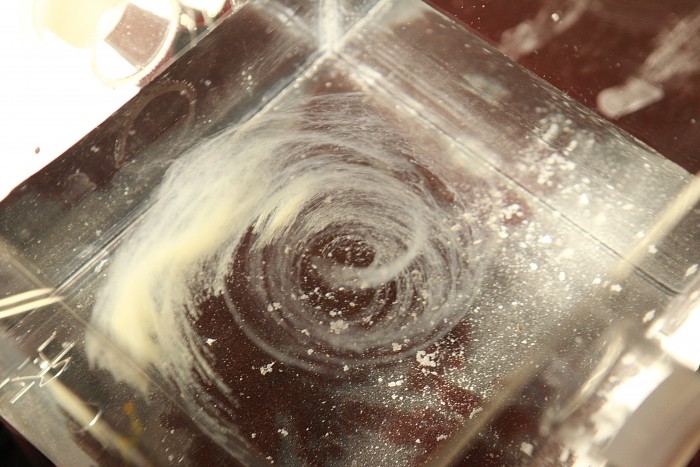 The «Wunderkammer of Arising Matter» workshop was set up to open discusion on new qualities of materials – might it be its sloppy, actuated, volatile or biomimetic behaviour, raising for new design explorations, knowledge production and potential applications.
Here, design explorations were brought from science laboratories, back into various states of a Wunderkammer to find a framework for creative practice to happen within the Zurich University of the Arts.

Little has been said about environments where we can work with such active materials and phenomena. Natural or domestic, we see things in our everyday environments and the question is, how we combine them into processes of transformation?
That approached for us an alchemic way of struggling with materials and combining it in the workshop with modern forms of collaborative investigations, performative outcomes into the creation of a hybrid workspace.

The workshop was structured in a 3-day format with international guests from institutions such as the Royal College of Art, and IAAC Barcelona. We have set up different settings each day based on three different research interests approaching the overall aim. We kept practice sessions in the morning, and reflection sessions in the afternoon including methods of collecting the produced artefacts, materials, tools, and media to capture and evaluate the results of each day.

On the first day, Luke Franzke together with Dino Rossi started his workshop format «Future Materials Now» by making Dielectric Elastomers as Electroactive Polymers out of different silicon rubber and coating agents, such as water, hair gel connected to self-made rechargeable 5kVolt controllers. Here, the participants could investigate in pouring their own silicon sheets of different strengths – stretching it into frames and coating it with liquid conductive agents. By applying electricity to the conductive layers on both sides, the membranes started to shivering, deforming, twisting, stretching, or tearing. At the end of the exercise, we discussed together on protocol sheets the outcomes in the various material behaviours and how to bring them in reasonable taxonomies.

After the experiment with viscous media, on the second day, Clemens Winkler opened up a space for atmospheric volatile media such as water vapour in his format «Per-Forming Clouds». In the first steps, the water vapour was produced on different heated steel plates. Here the question was to emphasize in a basal way in perceiving material conditions. In the next step, four different DIY cloud chambers were set up, dealing on the different behaviours and reactive abilities of water vapour with its surrounding.
Based on different levels of scale, such as the microscale for coating and steaming processes on surface structures, towards a scale of human perception into molecular kitchen practices, through mesoscales on social levels, towards ecological scales of weather modelling. That experimentation was guided with text excerpts from G. Boehme on the presence of social atmospheres, F. Marinetti on exploring different futurists´ forms of food production, or DeLillo´s effects of Toxic Clouds on cognitive states in the human mind.
Whilst producing mist on different surfaces and objects, we could see it disappearing in the same way, to make us consequently question about our own orientation and level of consciousness within the experimentation. Furthermore, we posed questions of scaling and the way we categorize matter into different states and could think about new states of matter such as air crystals as such. This lead to ways to illustrate and imagine new material conditions, how they could look like and for what they could be used for.
Besides diving into processes through aesthetical explorations and attempts to capture condensation, dripping, freezing, foaming, refracting, respiration or heating, we questioned how to make use of these volatile ephemeral moments.

On the third day, Verena Ziegler, set up a workshop format «Nature, Body and Space Experiments for Evolution in Interaction» on biomimetic principles through generative pattern formations. Inspired by works from Frei Otto, the participants started investigating in a variety of forms, shapes and structures in nature, drawing basic principles of growth, movement and decay from it and using textile, and silicone prototyping on different synthesized bending behaviour. The result was a colourful kitchen of natural products, synthesized interpreted and imagined beings set in space.

At the end of day three, all the outcomes came together to set up a stage for multi-media and multi-material outcomes. We questioned the way of the performativity of the material samples and saw us confronted besides the phenomena in front of us, with the degradability of the hand-made artefacts as actors in an alchemic theatre against a simple archiving approach. As a next step, we could imagine, to set a table for materials through naming alternative conditions in the making process, analogue to the diverse pathways the Alchemists had on their goal in finding the prima materia, stumbling over and setting up the foundations for today’s periodic table as a side product.